There was a man with a gun in our hotel. 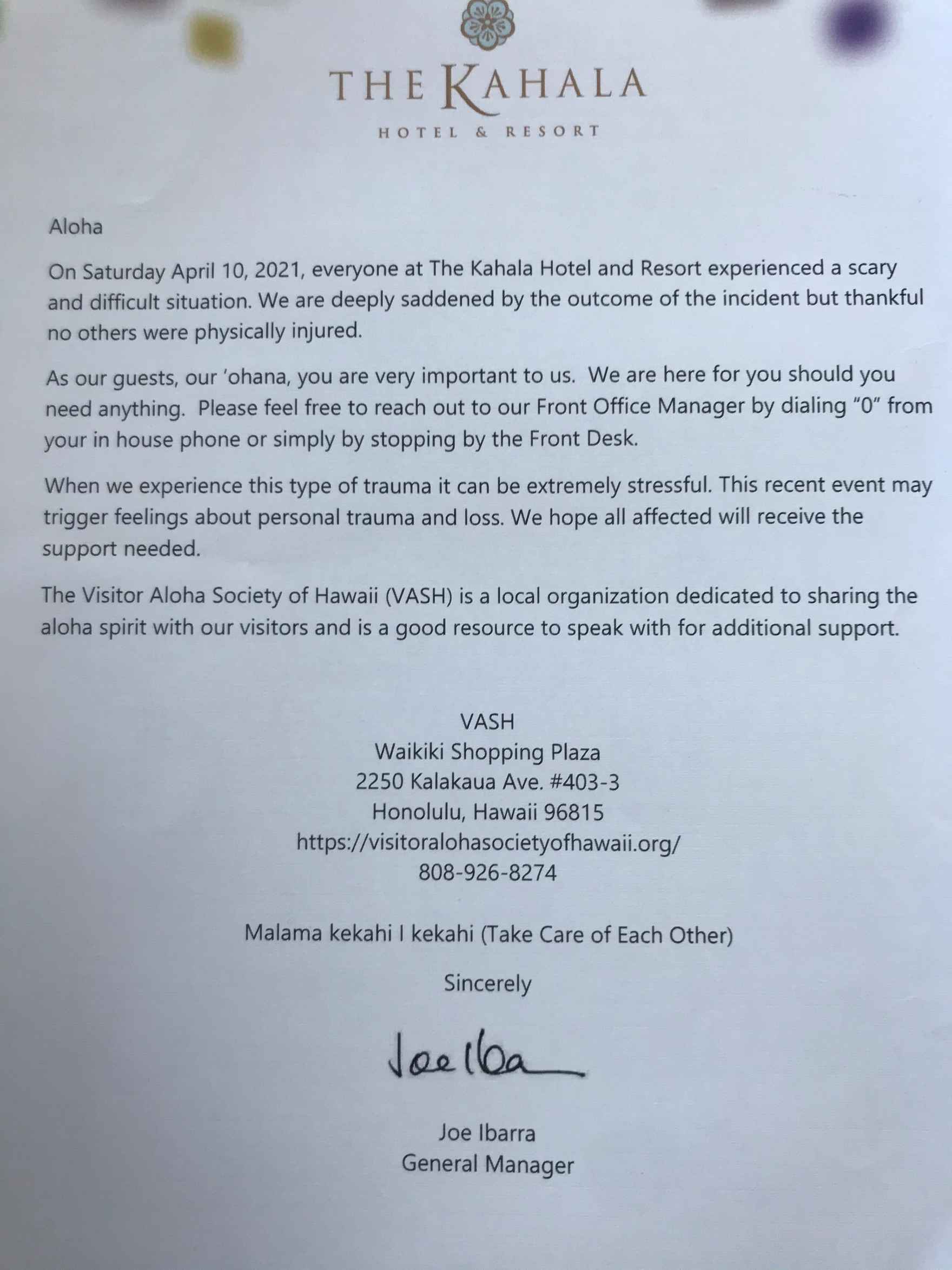 Trigger warning. This may be upsetting, feel free to delete without reading.

Or, if you want, skip straight to this article, which explains it all. Or read on, because I was there. When you get to the end, there's a letter from our hotel.

I went to Hawaii last week.

It feels, well, wrong, to tell you I traveled. We were meant to go in 2020 – yeah, right. Then, optimistically, Jan 2021. Nope. But after vaccination, negative Covid tests and masks upon masks, we got on a plane April the 10th.

We went because my husband loves me. And he was worried.

He hates sand, the ocean and getting overheated. He also refuses to wear shorts. Jeans are great in Seattle. Hawaii? Not so much.

But he’s seen me wilt and sink into despair as the gray days dragged on. Being an engineer, he’s solution focused. He weighed the risks and got me on a plane.

I’m not making light of Covid.

Around 6 p.m. on the day we arrived, we were on our hotel balcony admiring the view when an ambulance entered the carpark below us.

Then Police cars. With armed officers. With rifles.

And they went into our hotel.

A few minutes later a voice came over the speaker system. We were to stay in our room, off the lanai (balcony) and to lock our doors.

Someone called a newspaper. I heard later many went on social media. We did neither.

But we did follow the news online as it broke, bit by bit.

A man had barricaded in a hotel room with a gun. He’d fired shots through the door. Staff had been outside. Thankfully, no one was hurt.

Nearly 100 people were sheltering in place in the ballroom. Police gathered up guests in the vicinity as well as diners. Staff managed to get them blankets, pillows, and water. No food for anyone onsite, not even parents with children. The speaker system urged us to stay where we were.

The next morning more information trickled in. A housemaid told me staff onsite at the time were sent to hotel rooms. They went home at 5 a.m. Food. Shower. Then some went straight back to work. She told me they needed the hours to qualify for health insurance.

By lunchtime people were on sun loungers, cocktails were being served, children splashed in the pool and a pianist was in the foyer.

As I said, I don’t use the word depression lightly.