Yes, you can replace it and still feel the love (I'm talking about possessions). 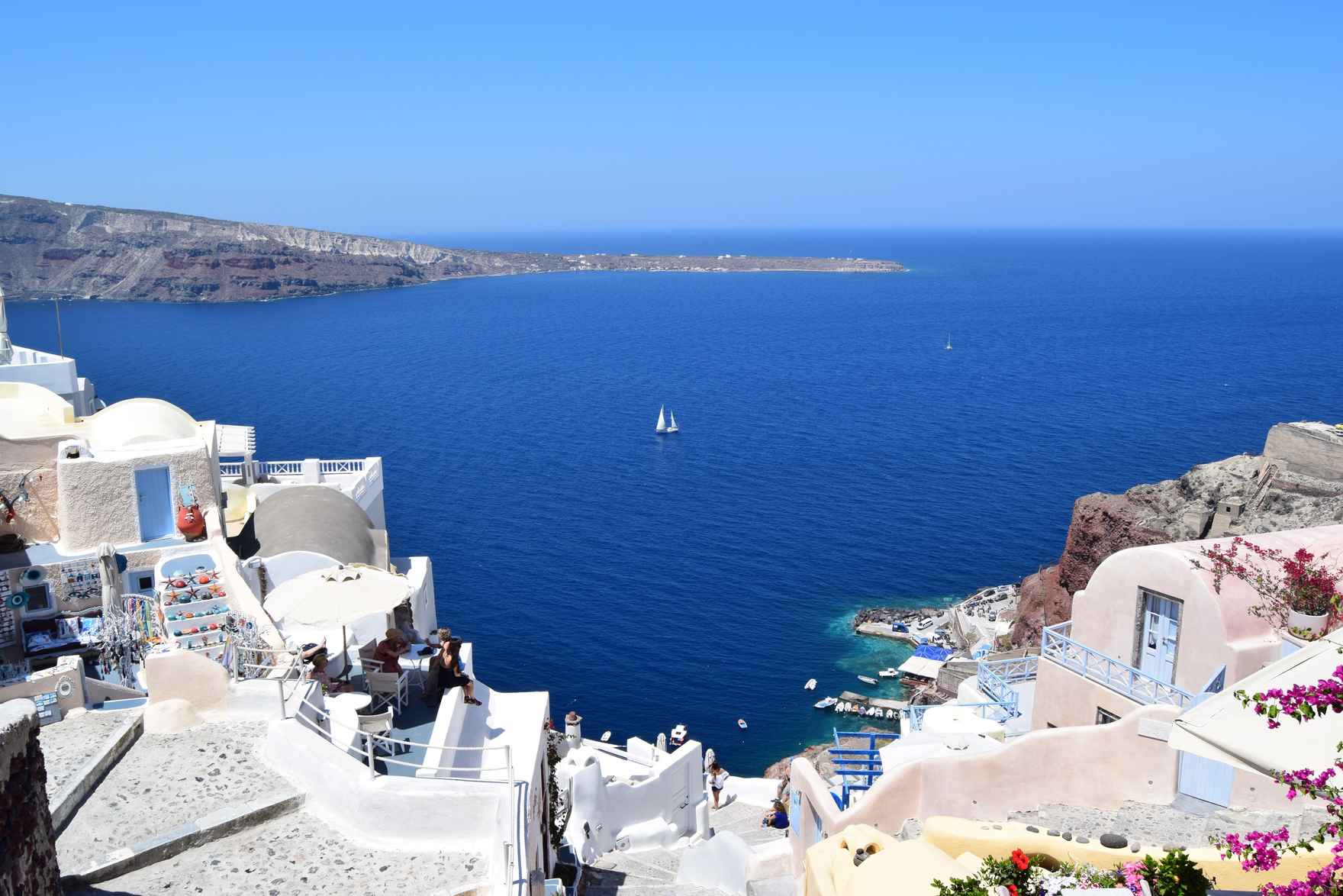 I don't want to replace my comforter.

That's what you call them here, right? A duvet where the inner part is already inside it? And you can't take off the cover?

It's white with navy swirls and navy polka dots. It’s Kate Spade. I bought it, oh, maybe four or five years ago, I don’t remember, from Bed Bath & Beyond. They don't have it any more, I think it was a limited edition. And it was pre-tragedy.

I adore it. It clashes beautifully with the navy-and-forest-green geometric sheets.  Yes, it works.

It's getting worn up at the top, you know, by the head of the bed. It’s starting to take on that not-white-kind-of-yellow look. And yes, I’ve washed it in one of those giant laundromat thingys.

But as I tell my clients, sometimes we need to accept that things have outlived their usefulness.

My Style Statement is Dramatic Comfort - and comfortable is not just about clothing, it's also peace of mind.

I realized the duvet, the blue and white, reminds me of Greece.

And when I was in Greece, I was gloriously happy. There was something about the simplicity of the white-washed buildings, the blue doors, the vibrant flowers, and the cobblestone paths. And the village was painted regularly in order to keep that pristine white. That, combined with the azure sky, and the sun, and the beach. It was absolute bliss.

I wanted to keep that memory - channeled by the comforter.

The good news is that I have a world of possibilities. Without having to get on a plane, which is a good thing as I write this.

And when I used a search engine and looked up blue and white comforters, guess what? There was a lot to choose from.  I’m going to pick one that still reminds me of Greece when I do replace the current one.

There is always enough. It's a big universe.

In the meantime, I’m going to see if I can get this comforter altered - it seems to have some spare material.

There are ways to keep what you love.

If all else fails, take a photo - or in my case, I'm pulling out old postcards of Greece.

Photo by Matthew Waring on Unsplash