53 Years of Getting Dressed - Happy Birthday to Me! 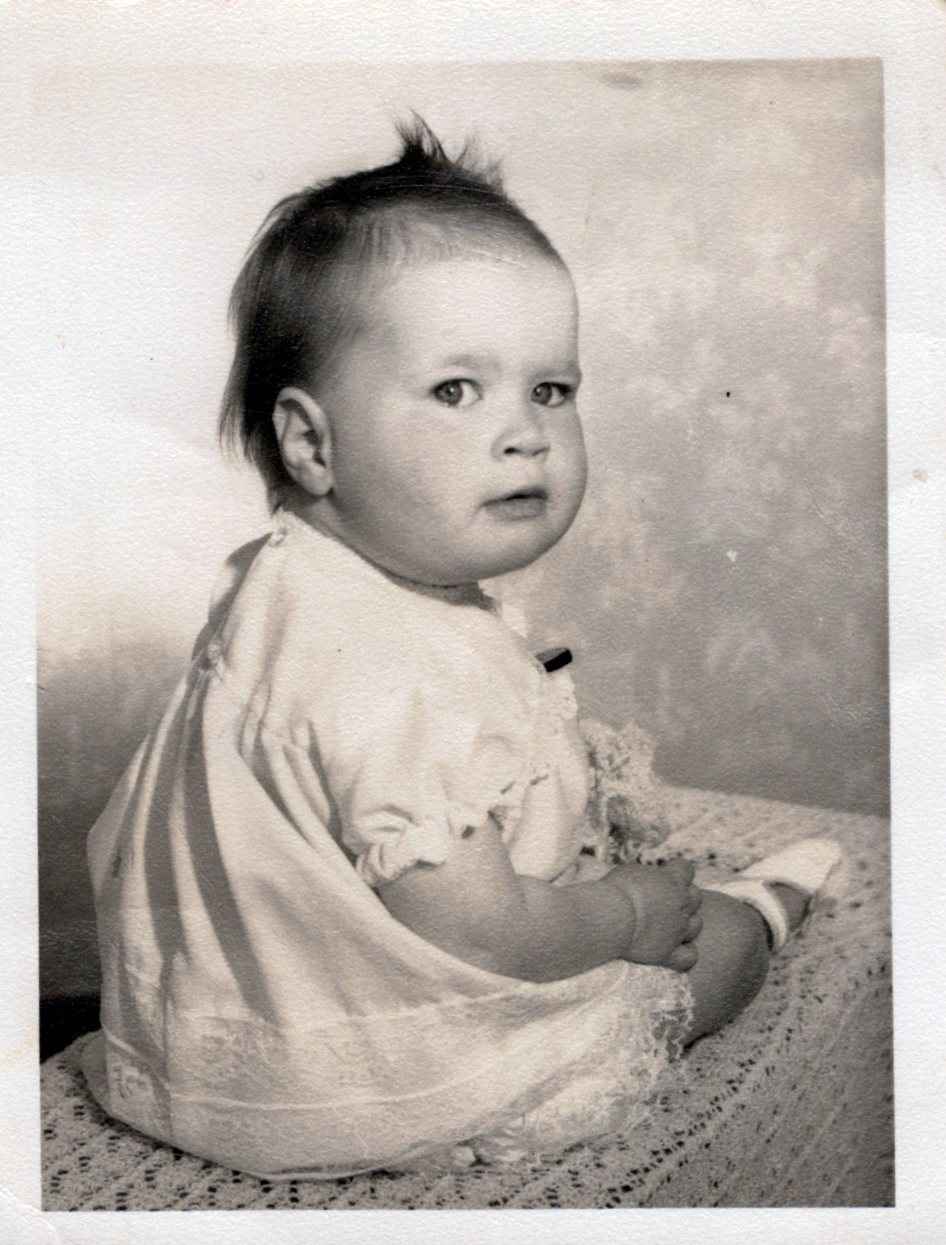 Wahoo! Half way through. Given that my great-grandmother made it to over 100, why not?

Primary school (Elementary to all you Americans). I don't remember much about my own clothing, but I do remember my dolls. Paper and Barbie were huge in my life.  Even then I understood the advantage of friends with superior skills. I got Katrina, a girl in my class who was the best at drawing, to make a paper doll to my specifications (I don't remember the creative brief). I glued her (the drawing not Katrina) onto cardboard and made her a stand. I designed and made her clothes using colored candy wrappers and whatever I could find around the house to add drama and pizzazz.

Barbie: I made earrings and necklaces from beads and wire and tin foil around her legs to make a mermaid.

I have a photo of me from when I was about ten.

I was caught in a pose where I’m loudly telling somebody off, wearing a floppy multi-colored hat which covered half of my face, thick glasses, a poncho in brown, yellow, and orange wool, a pair of misshapen jeans, and gum boots (that's rainboots to you).  Oh, how I loved that poncho. There was a horse in the field next to us and my other favorite thing was sitting on it. I finally had lessons at age 45, thanks to Alice, who had a horse of her own.

Intermediate (Middle School). I was reading The Godfather and wrote a school musical using cover songs, just so I could lip sinc to Chanson D' Amour (which made no sense what so ever) and wear fishnet stockings, much to the embarrassment of my parents.

High School. My first experience with clothing-shaming. Yup, that’s a thing. I wore a bright canary-yellow suit to my friends’ band rehearsal and the singer made fun of me. Ashamed and embarrassed, I never wore that outfit again. The same thing happened again when a red satin skirt at a flea market I adored. I loved the texture, the shine, and the sheen. The fact that it came in a mini skirt made me feel delightfully grown up and flirtatious. I was told that this was completely inappropriate clothing, and it made me look, well, insert word here. I've been bullied, I've been criticized for being me and been I've been chastised as an adult too. Tip: if you are getting negative feedback for expressing yourself authentically, find better friends or a different career. Or country.

With my head buried in superhero comics, Charlie's Angels and then Dynasty on TV and a lack of exposure to fashion magazines, combined with a butt-ugly school uniform....it's no wonder there was a lot of trial and error - mainly error ala trying to look like Boy George. I did have one triumph though - I wrote another school musical so I could wear leopard skin top to toe.

I had a fashionable friend who would show me how to lift my collar up and tuck a shirt under a belt etc. As we got older, she'd take me shopping, but her budget, her style, it wasn't mine. She has continued to dress beautifully ever since, by the way. It just wasn't me.

In my twenties...I wore what was trendy, including far too many pastels, which don't suit me. What else? It was the late 80's and 90's and I copied my friends and boyfriends. Goth, thrift store, alternative, dance club - and this continued into my thirties. Tokyo was the most fun, except for a depressing stint when I was dating a really conservative guy and went all Eddie Bauer. Once back in Auckland, I was back in the alternative scene, with a bit of occasional polish. I was still adapting to my surroundings, much like a short, confused chameleon.

All humans want to belong - and a lot of the time our fashion choices depict that. I did too, so everywhere I went, I would change my clothing to fit in.

There is nothing wrong with experimenting, but I think in my case, I was copying, not creating. It wasn't until I did some digging and clicked as to what I really loved to wear, then studied style that it all came together. That includes tattoos, clothing you can see from Tacoma and an affinity for Iris Apfel.

Now I help women dig deep and discover their "inner closet." I still fall into the trap of wanting to blend in, or, if my mood dips, not wanting to get out of my "hiding clothes," i.e. old jeans and jacket at the dog park, pajamas at home, though at least my pajamas are loud and proud.

Clothing, like money and sex has so much more to it than just, well, clothing.

We are not born knowing how to get dressed and we don't get a lot of say in it for quite a while. And when we do get a say in it, so does the world.

At 53, I plan on spending the next 50 years wearing whatever the hell I want. Except maybe when I apply for citizenship, sigh. We were not born judgmental, and yet... oh, and we are born naked, but wandering around like that also seems to upset people.

If you want to light a candle on my birthday cake, wear whatever makes you happy today. That's my wish.